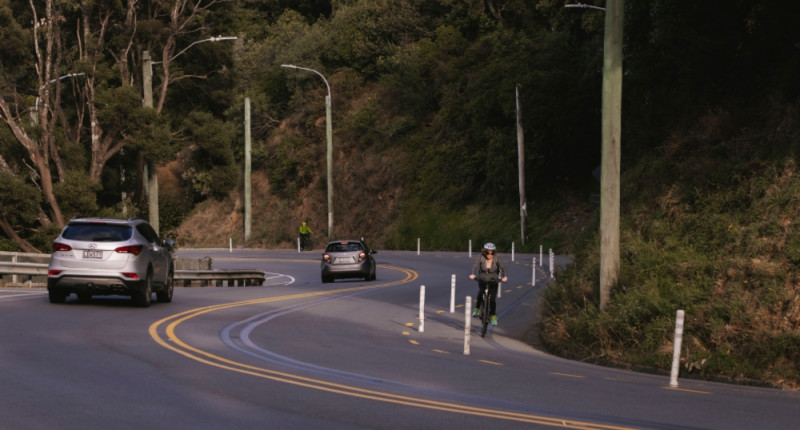 We’re building a city fit for the future. This includes making essential changes to our streets so more people of all ages and abilities can easily and safely use low-carbon ways of getting around, and we are less reliant on our cars.

Paneke Pōneke is our plan for a citywide network of connected bike/scooter routes that will be combined with improvements for people walking and taking the bus. Brooklyn hill is one of the city's main commuter routes in the bike network.

Following the successful trial of an uphill bike/scooter lane, at the 25 August 2021 meeting of Pūroro Āmua, the Planning and Environment Committee, Councillors agreed to consult on making the uphill lane permanent and extending it so there's a safe, separated connection from the existing bike lane on Victoria Street, at Karo Drive intersection, to the Brooklyn shops (at the Ohiro Road/Cleveland Street/Todman Street intersection).

We know from the feedback received through the public survey on the trial bike lane that it didn't go far enough and the extended route will make the tricky areas at the top and bottom of the hill safer and encourage a lot more people to cycle or scoot.

Planning work is now underway on this project which will include other improvements for people on bikes, and for pedestrians where possible, and ways to encourage safer speeds.

Rate your experience of the trial changes on Brooklyn Road

How did you experience the trial changes to Brooklyn Road?

Do you think the trial changes make Brooklyn Road safer for all users?