Between Caltex Fuel Stop and Aotea Quay overbridge, we created separate walking and biking paths to replace the shared path.

We have created some new on-road parking between Winger BMW and Placemakers, and phased out the informal footpath parking on the footpath. 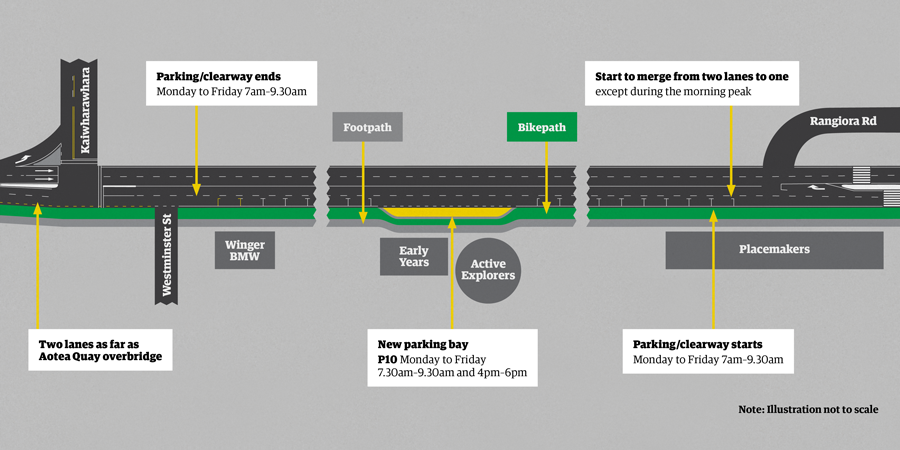 This on-street parking between Placemakers and Winger BMW is available at all times except during the busy morning peak (Monday to Friday, 7am to 9.30am) when a clearway operates. The clearway means there are still two lanes for traffic. After 9.30am, and at all times on weekends, people need to merge into one lane just after the pedestrian crossing near Placemakers.

These changes have allowed people on bikes and on foot to use the upgraded walking and cycle paths as intended, without having to negotiate vehicles parked on the footpath or watch for people driving or reversing along the path.

The informal footpath parking has been progressively phased out. Some new on-road parking was installed in March/April 2018 for businesses along the route.

What the changes mean:

Read the Traffic Resolution Report that went out for consultation.