We're planning changes to improve the Kilbirnie section of Evans Bay Parade for people walking and biking. The approved plans include changes related to the Kilbirnie bus hub.

Why are we doing this?

Councillors approved plans for the new Kilbirnie bus hub and a two-way bike path on Evans Bay Parade in Kilbirnie at a meeting on 19 April 2018. The bike path and separate footpath will be developed on the St Patrick’s College side, replacing the existing shared path. The bike path will connect with the new bike paths soon to go in on Rongotai Road, the two-way path to be built around Evans Bay, and the new paths being constructed on Cobham Drive. It is part of a network connecting Kilbirnie with the city, Newtown and other parts of the eastern suburbs.

The next stage of this project is to complete the detailed design, construction plans and an independent safety audit. We expect construction to start in late-2018. 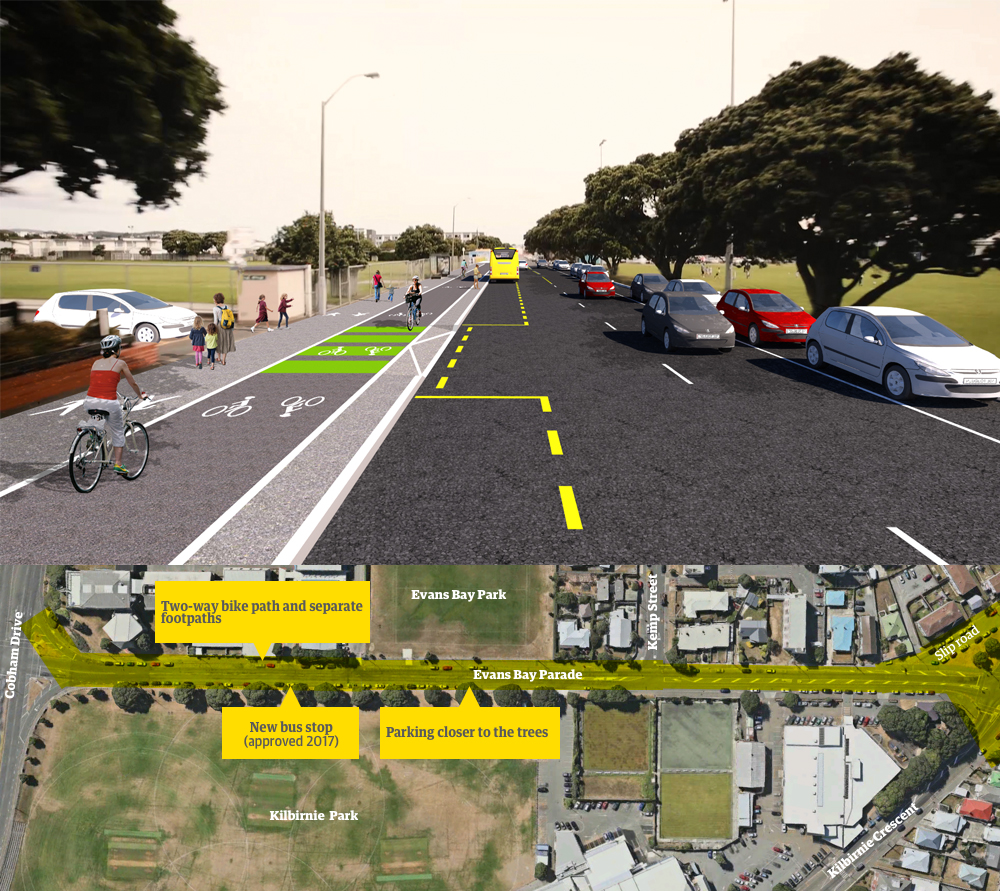 This change will make this part of Evans Bay Parade better for people walking and biking. It will connect the eastern biking connection from the city through to new bike paths soon to go in on Rongotai Road, the two-way path to be built around Evans Bay, and the new paths being constructed on Cobham Drive. 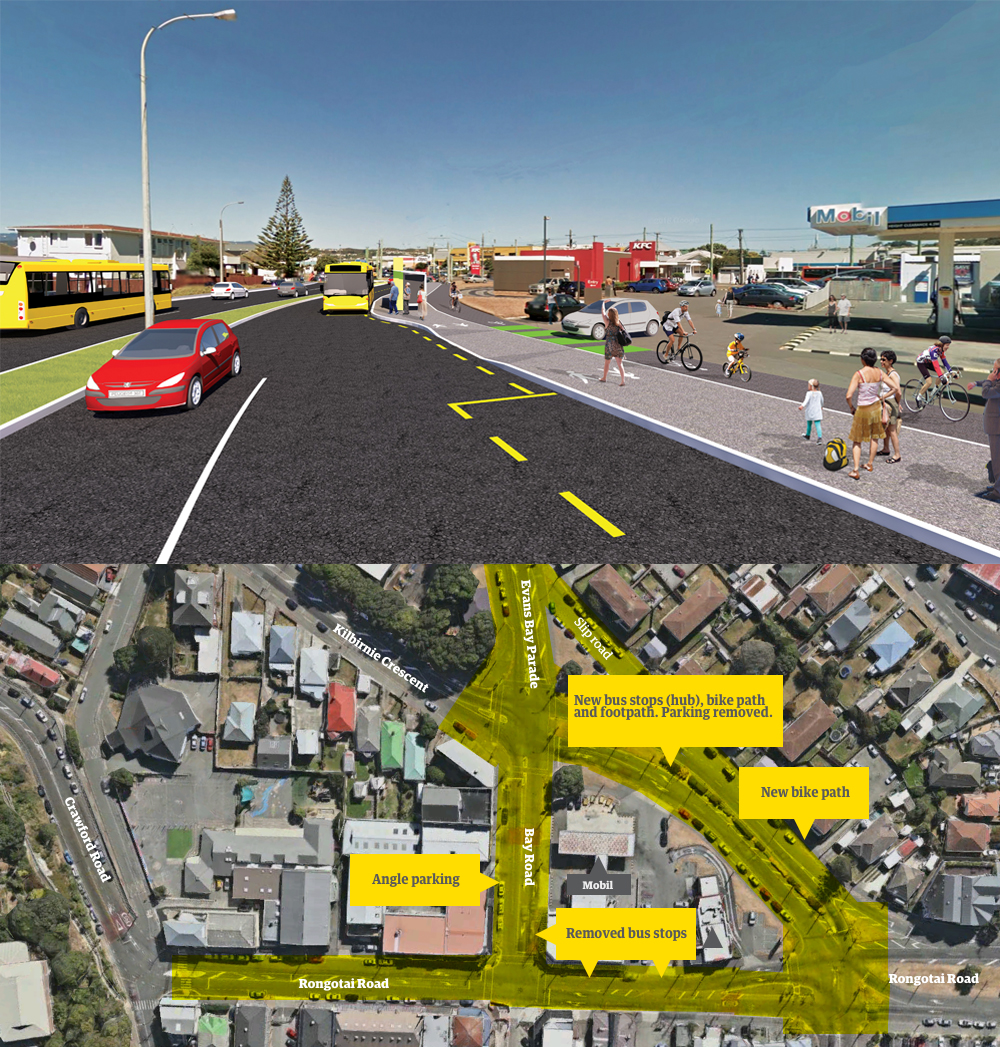 These changes will improve safety for people on bikes and connect through to new bike paths soon to go in on Rongotai Road.  They will also link to the new Cobham Drive walking and biking paths and the two-way route to be built around Evans Bay to the central city. This work is integrated with Greater Wellington Regional Council's planned new Kilbirnie bus hub.

See how the proposed changes compare to the current layout.

Section 1: Between Cobham Drive and the Kilbirnie Crescent intersection

Section 2: Between the Kilbirnie Crescent intersection and Rongotai Road