Complete: bike lanes on both sides of the road

The bike lanes provide a connection with Evans Bay Parade, Te Whiti Street, and to Newtown via Crawford Road. The connection will go through to the airport tunnel and Leonie Gill Pathway when new bike paths are built on Coutts Street and Tirangi Road. 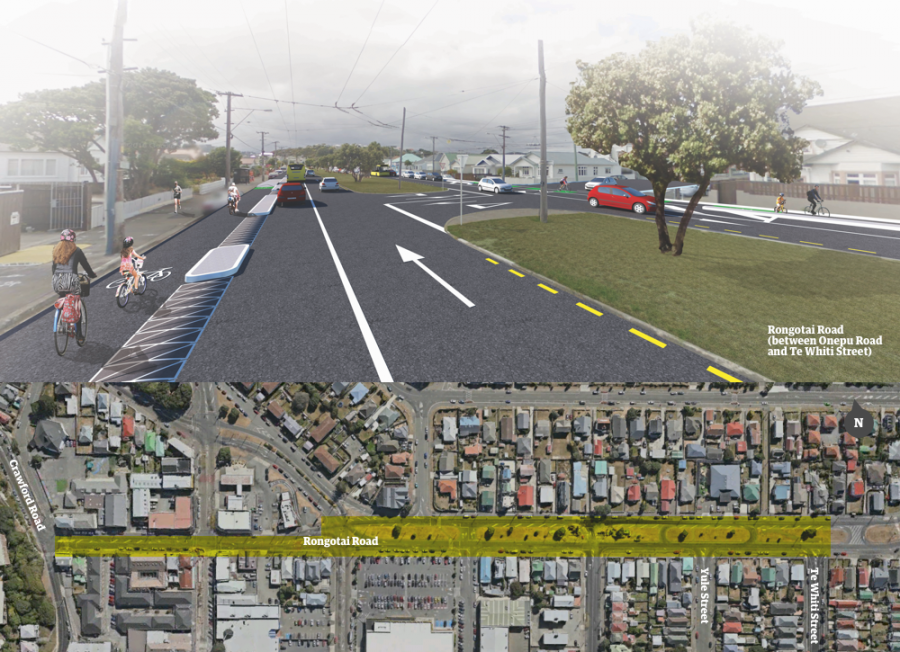 See the plans for this project

Councillors approved the project in March 2018 following community engagement in 2017. See the traffic resolution, a summary of feedback from the community and a list of submissions.

Outside town centre - Kerbside bike lane on each side of the road, parking retained on both sides. This option had more community support than Option B. It gives better protection for people on bikes, and is appropriate for a busy through route such as Rongotai Road, which has a lot of fast-moving traffic. Read the summary of feedback(PDF 265KB)

The bike lanes are part of a network connecting Kilbirnie with the city, Newtown and other parts of the eastern suburbs. The Rongotai Road route provides a connection with Evans Bay Parade, and through to Cobham Drive and the route to the city around Evans Bay.

The connection will also go through to the airport tunnel and Leonie Gill Pathway via Te Whiti Street, and on Coutts Street and Tirangi Road when these planned paths are built.

Get the details on previous work, reports and plans