The following proposal for a contra-flow bike lane was considered as part of Kilbirnie Connections in early 2018 however Councillors  agreed that any decisions on this should happen as part of developing safe biking routes in Berhampore, Newtown and Mt Cook. 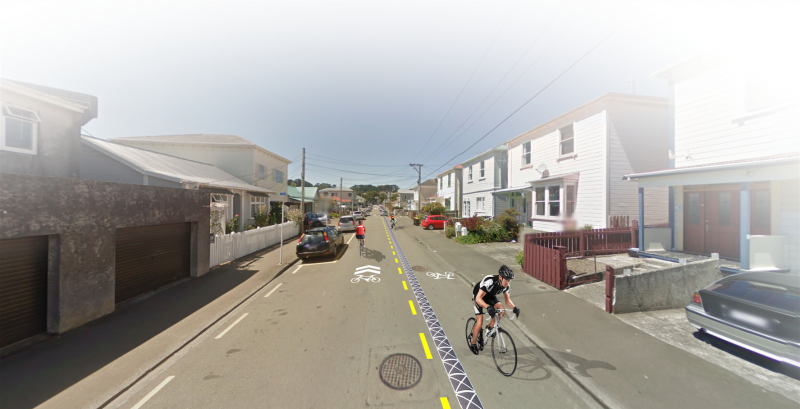 A contra-flow lane on lower Wilson Street would be part of the biking connection between Newtown and Kilbirnie. The design proposed in 2018 would be appropriate for this relatively quiet one-way street with less traffic and low vehicle speeds.

Read a summary of feedback (PDF 95KB) and all public submissions (PDF 855KB).

Looking towards the Daniel Street intersection