The impacts on intersections, pedestrian crossings and driveways will be detailed in the next stage of design and available for feedback in November. 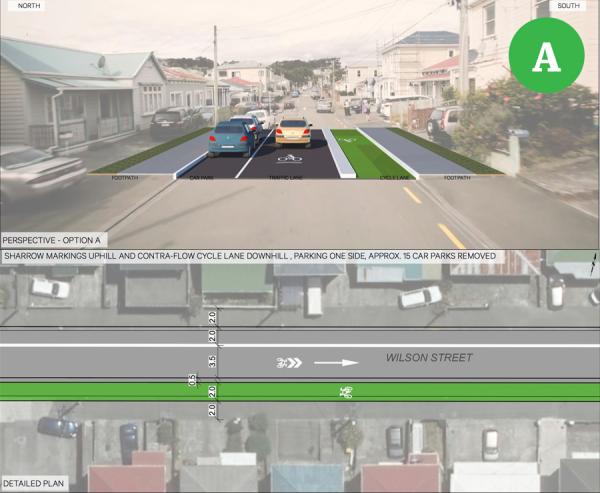 Option B - Sharrow markings, cycling one way only. 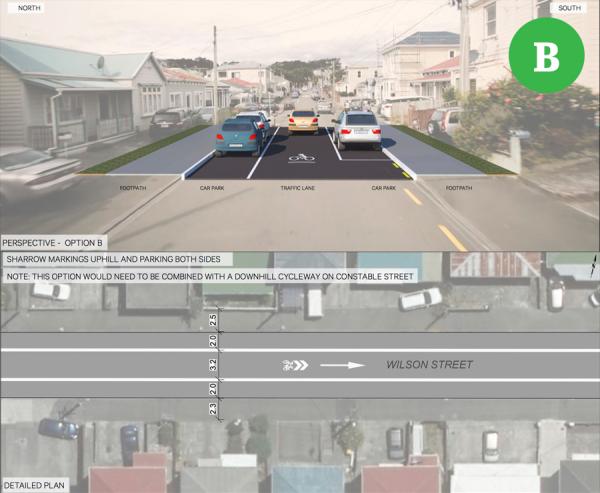