As part of the planning and assessment of possible packages, we looked at current parking on all streets that were considered as part of potential routes. We have developed three maps showing the impact of the packages on parking.

Map 1 shows the impact on the total available space for parking.

Map 2 shows the impact on residents who currently use the on-street car parks (if this parking was prioritised over other types of parking such as people visiting or working in the area).

Map 3 shows the impact on everybody who currently uses the on-street car parks. 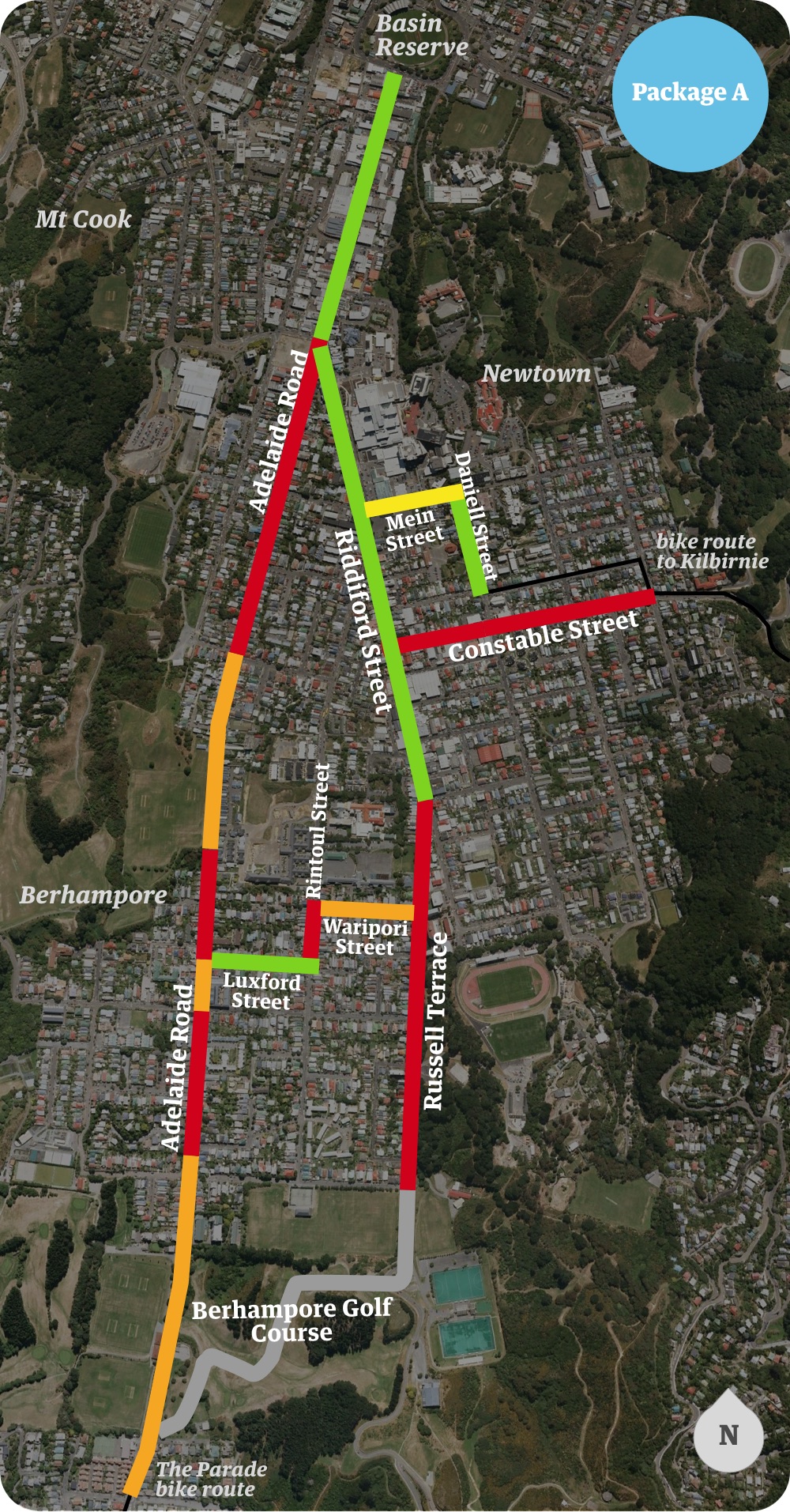 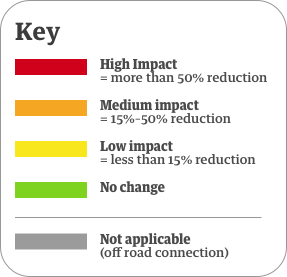 This map shows the impact on the total available space for parking. 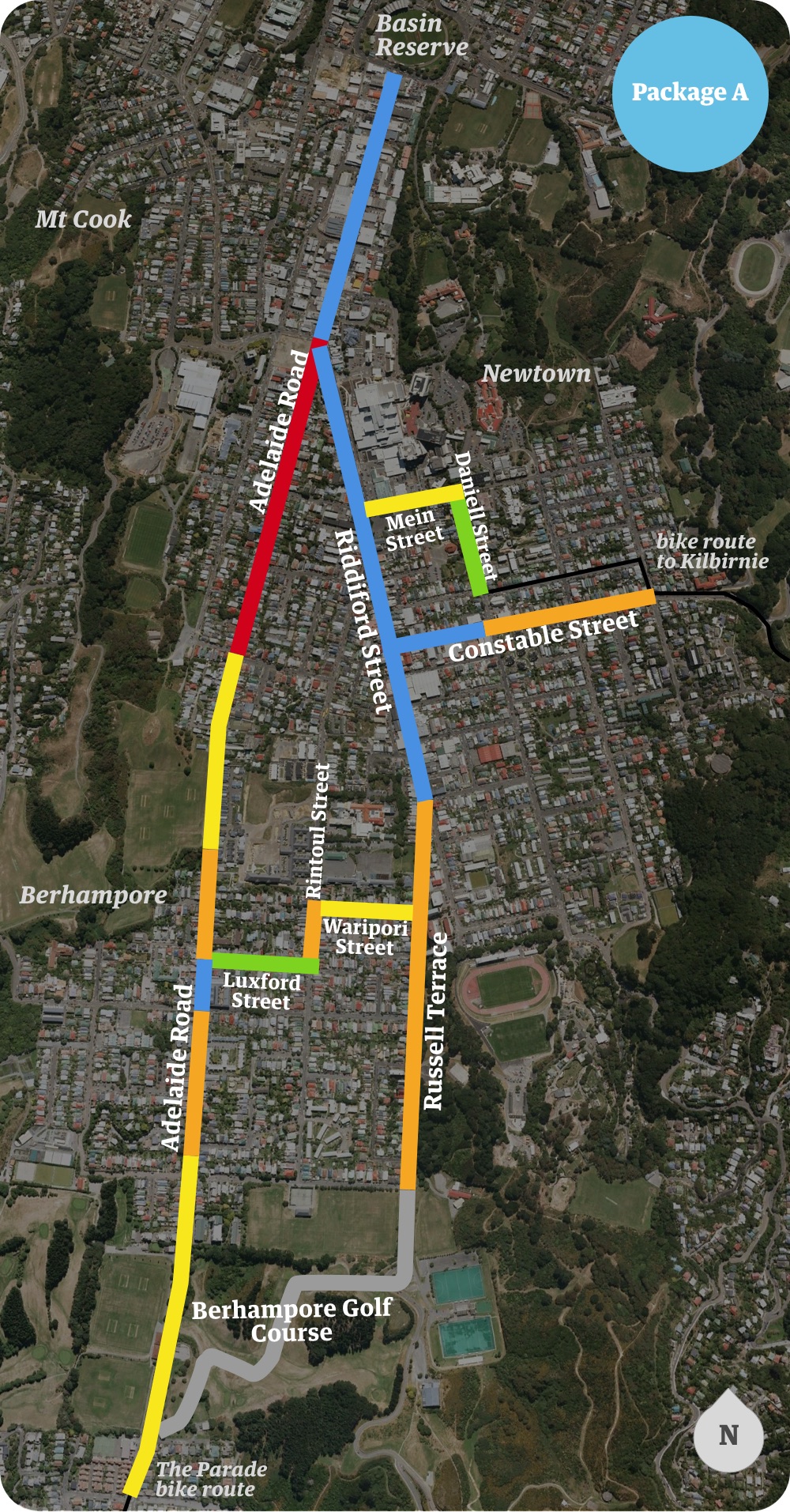 Impact on parking for residents 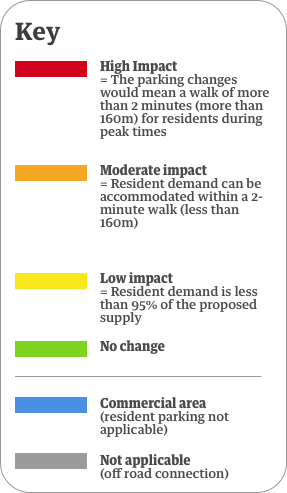 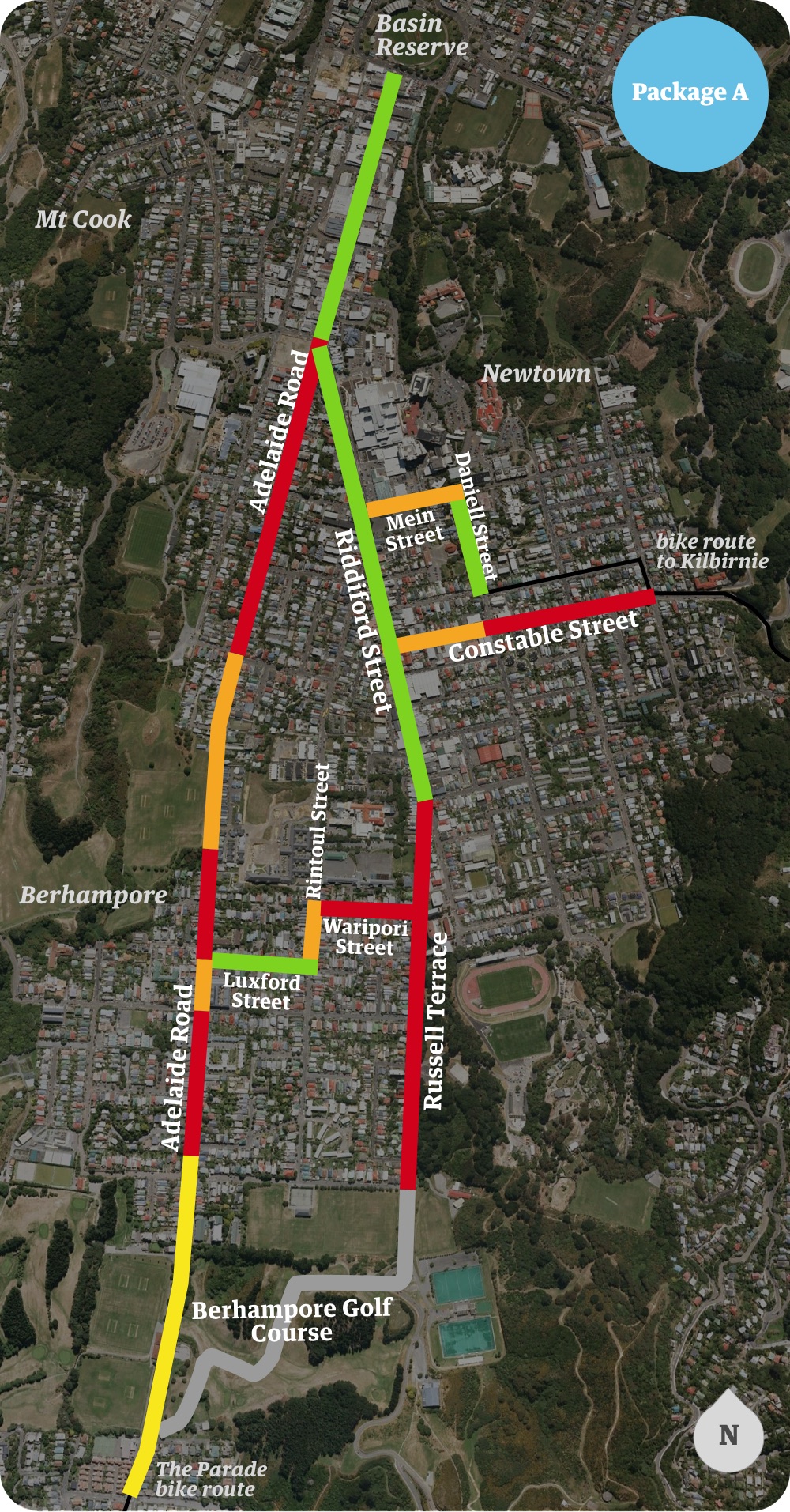 Impact on all car park users 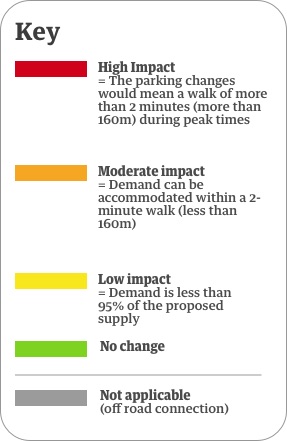 This map shows the impact on everybody who currently uses the on-street car parks.

As part of the planning and assessment of possible packages, we looked at current parking on all streets that were considered as part of potential routes.

A survey was commissioned that looked at the total parking capacity on each street and the type of parking – for instance, resident parking zones, coupon parking zones, P10, P30.

Over two days – a typical weekday and a Saturday – the surveyors recorded how much parking was in use hour-by-hour (6am to 8pm) and how much was available. They also recorded how long people stayed.

By checking registration plates against the streets they were registered to, the consultants were able to roughly gauge how much of the parking was being used by residents, and how much by commuters or others.

The survey results showed that, on most residential streets, the proposed parking changes in the package options should provide enough car parking spaces within a 2-minute walk to meet the current resident demand. To meet the residential demand on some streets, parking for residents would need to be prioritised over other parking types.

Parking for residents versus other kinds of parking

The Council’s Cycling Framework acknowledges that in some locations parking will need to be removed to provide safer routes for people on bikes.

The packages open for feedback – and parking

In some streets, and with some options in the Newtown Connections project, space constraints and the need to maintain vehicle flow mean there would be a reduction in parking.

All three packages require parking to be removed. The routes and street changes in packages B and C have less impact on parking than those in package A.

The streets where on-street parking would need to be reduced in one or more of the packages are:

Depending on which routes are favoured, there are also some other streets where changes could be made to encourage slower speeds, which would also require a small reduction in the amount of on-street parking. Streets that it is proposed could become quiet routes in one or more of the packages under discussion are: