Below are details of the design Councillors approved in 2017. It has not been progressed to date due to funding challenges. 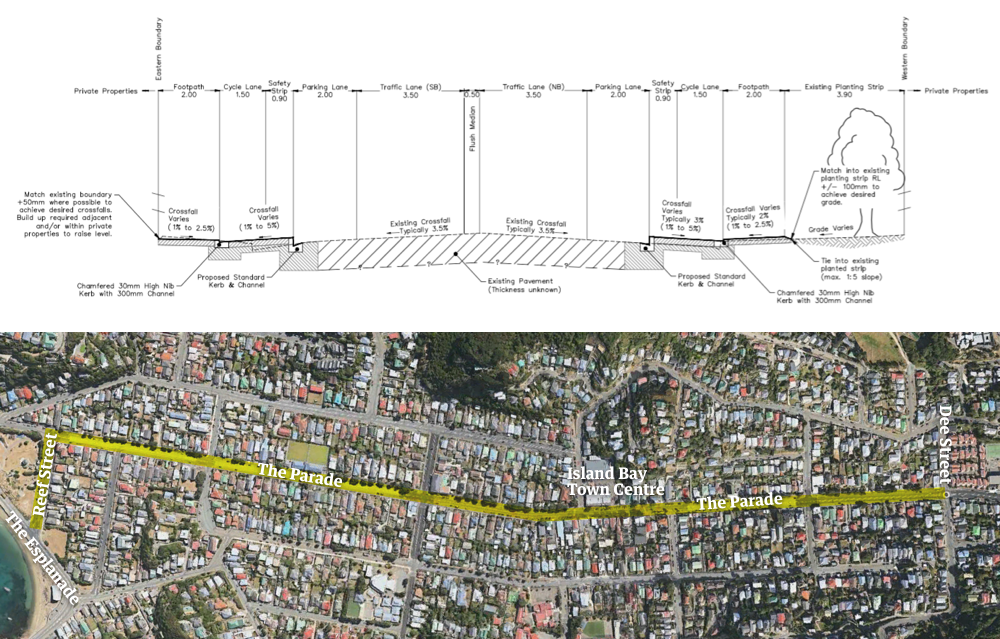 Councillors agreed on the approved design at a meeting of the City Strategy Committee on 27 September 2017. Further discussion with the community around opportunities for public space enhancements in the town centre and potential options for making the bike paths visually distinctive in some way is planned as part of the detailed design phase.

The draft concept designs below show the changes to the existing street layout that were agreed by City Councillors in September 2017. For more detail, view the concept designs (PDF 8.2MB)