The bike and scooter network will connect suburbs to the city centre and destinations like the hospital and waterfront, helping to get people of all ages and abilities from where they live to where they work, study, shop and spend time.

Our guide to developing the network

We've chosen these particular streets to create a joined up network. The network principles will guide us as we develop the routes to be the best they can be. 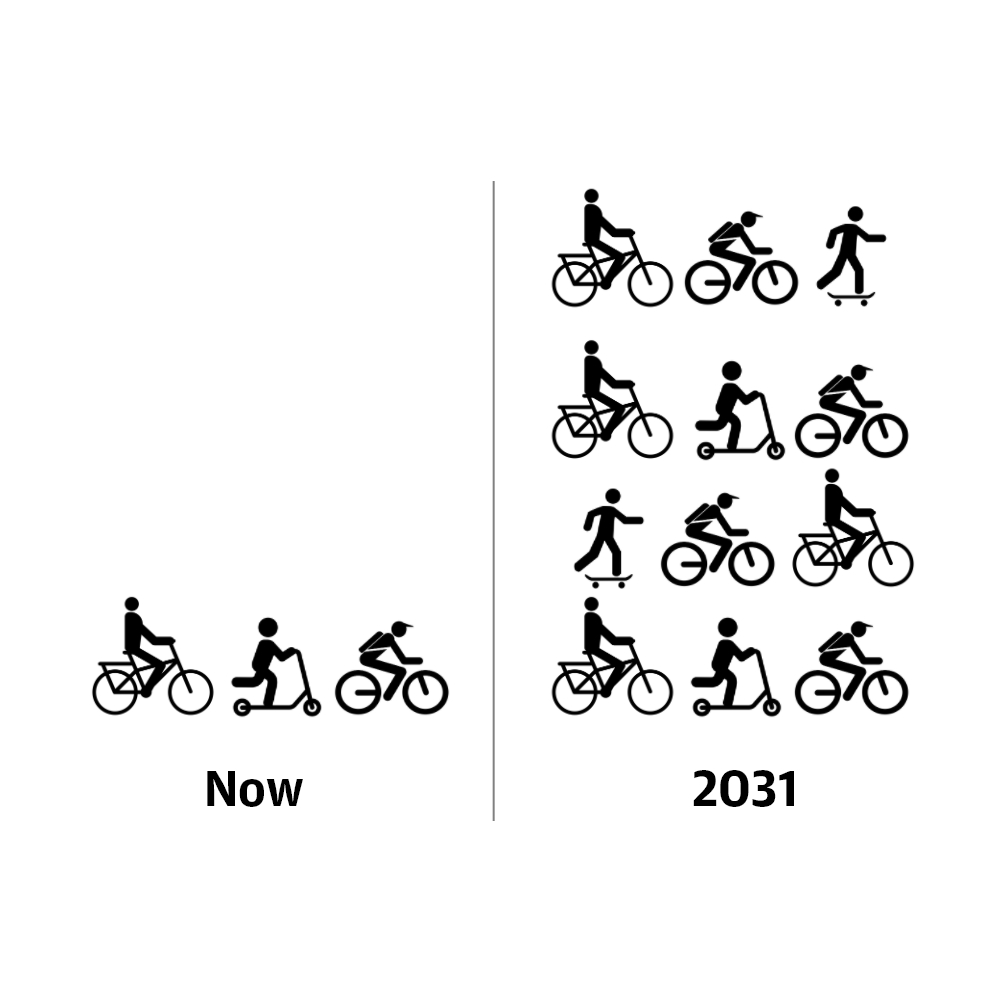 A network that maximises uptake

Our safe, high-quality bike and scooter network will include:

The neighbourhood and quiet routes will include off-road shared or cycle paths through parks and connections to some mountain biking tracks where these are used as part of people’s travel.

This principle is really important for making interim street changes. 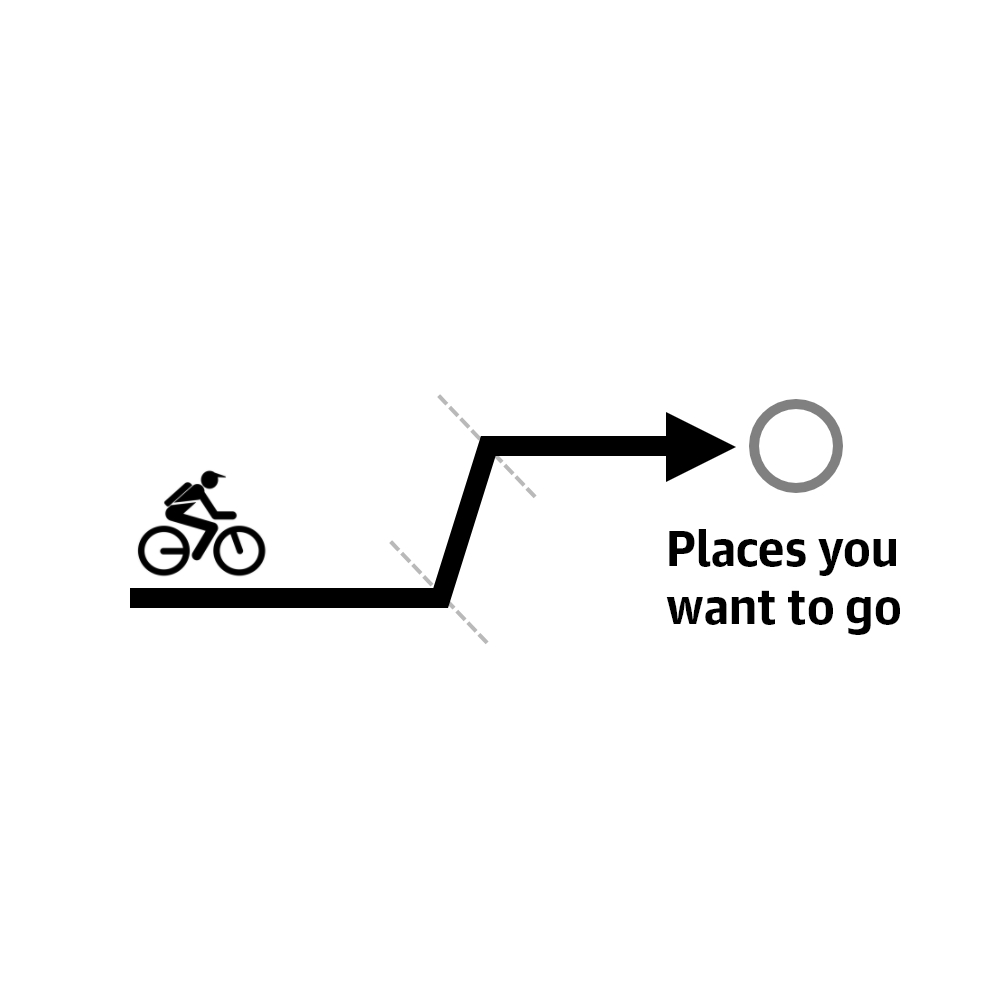 Cohesive routes that get people where they want to go

A strong transport network connects people and places, and the main commuter routes will provide increased access by bike to most of the Wellington City area. When completed, many people will live within 500m of the bike network.

This principle is really important for making interim street changes. 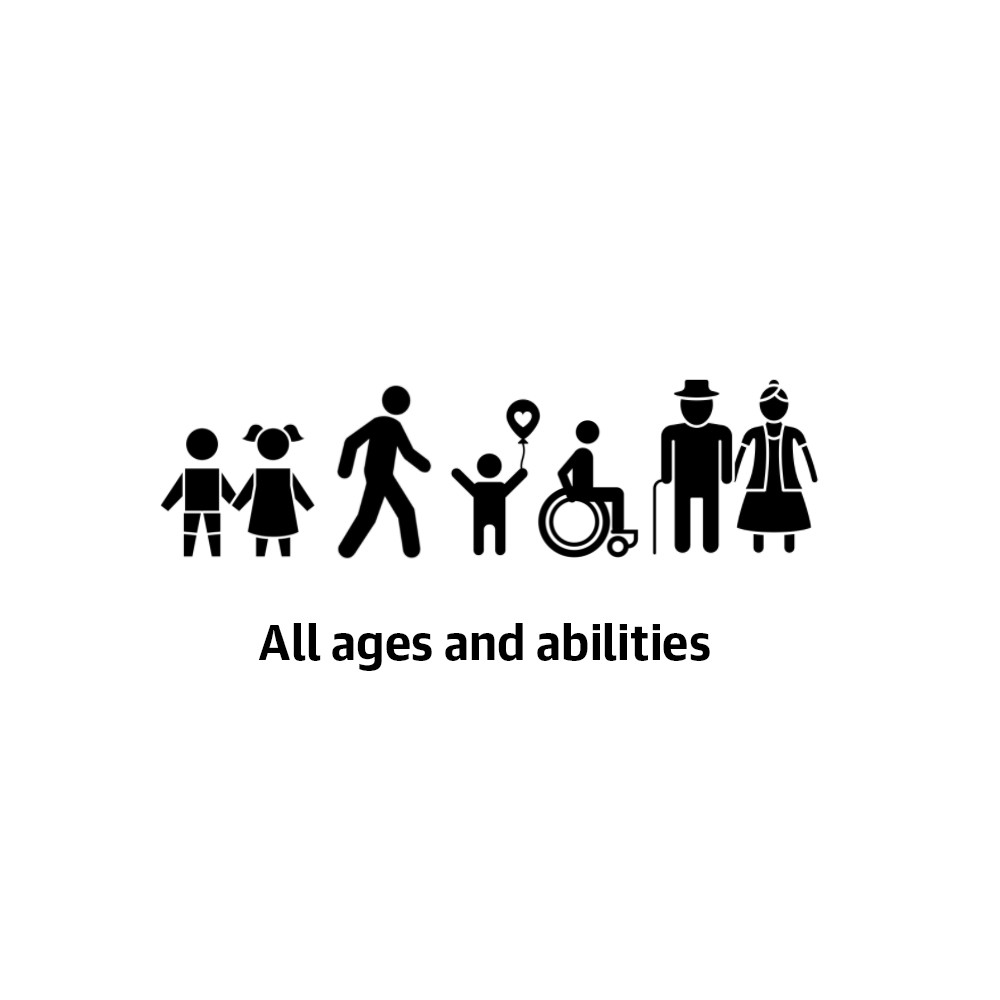 A network for all ages and abilities

The network needs to be safe and to feel safe for everyone who wants to get around on a bike or scooter, for short or long trips. On main routes and neighbourhood streets in busy shopping areas, this means separating people on bikes or scooters from fast-moving traffic. On quiet residential streets, where speeds are lower and there is less traffic, shared space can work well. 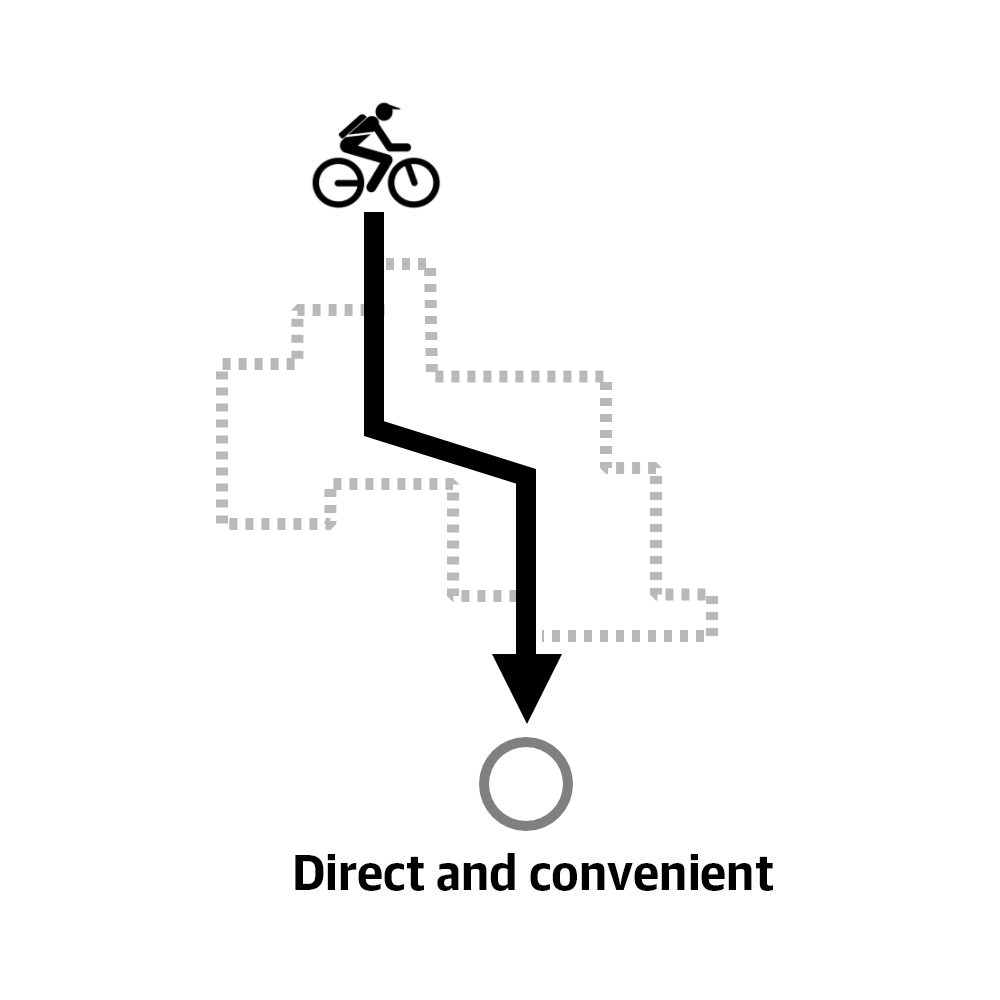 A direct and convenient network

The network will be made up of direct and convenient routes that make it fast and easy to cycle in and around the city. Direct routes help to encourage more people to cycle. 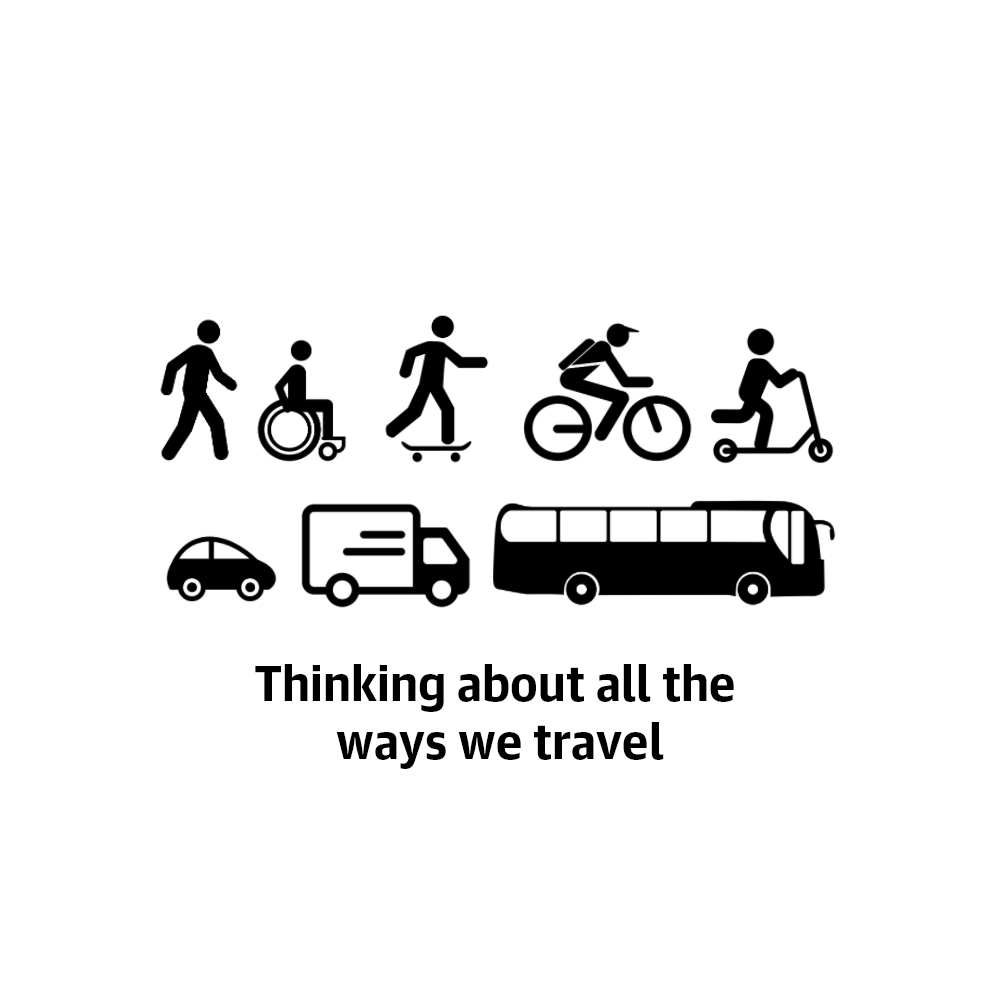 Part of an integrated multi-modal network

An integrated transport network gives people choices in how they can travel. We need to make changes to our streets so it’s easy for people to get around in low or zero carbon ways – walking, biking, riding skateboards or scooters, and taking public transport – or a combination of different modes. 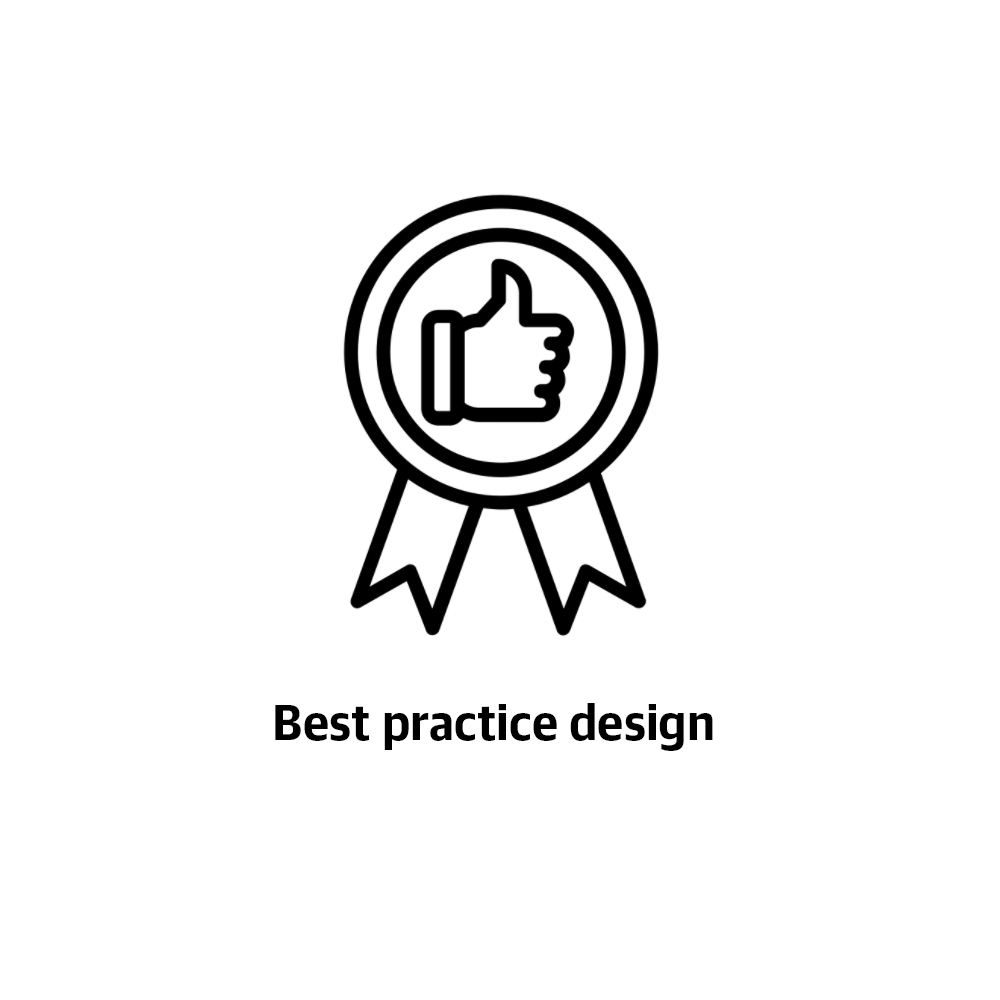 The network will include separated cycleways and bike paths, quiet routes, separate cycle signals at traffic lights, lower speed limits, shared zones and interim lower-cost installations like the new one on Brooklyn hill.

There will always be trade-offs and compromises and we will do the best we can do in each situation. 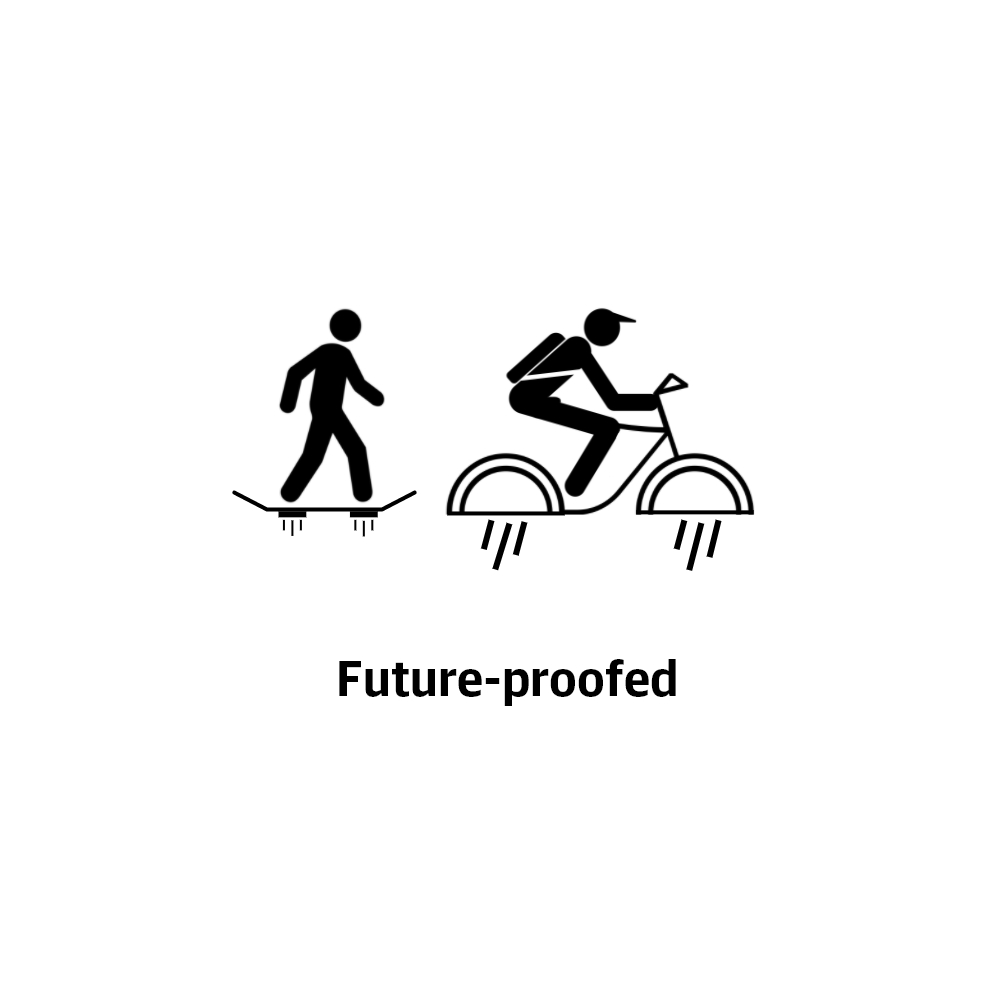 A future-proofed network for new transport devices like e-scooters

Although this is primarily a safe biking network, it will also work well for people riding e-scooters or e-skateboards, and other similar future devices.

The bike network plan is ambitious. To get this installed within 10 years and start changing how we get around, we must act swiftly.

So more people can ride, scoot and walk more places safely sooner, we’ll be trying new ways of doing things - a bit like the new lane on Brooklyn hill, we can change it if we don't get it quite right. 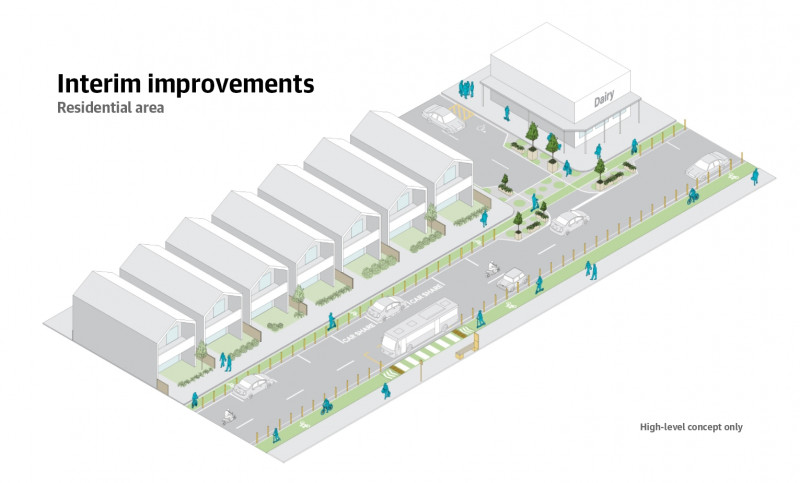 We’ll be using lower-cost and adaptable materials so people can try things out, tell us what they like or would change, and help to design permanent solutions.

This approach means we can get more of the bike network and connections in place relatively cheaply and quickly for the time being until permanent changes can be made in the future. These types of installations will not always be pretty but will serve a purpose.

Councillors gave the go-ahead in September for work to start on these routes as quickly as possible, in advance of permanent upgrades that will happen as part of Let’s Get Wellington Moving’s plans. 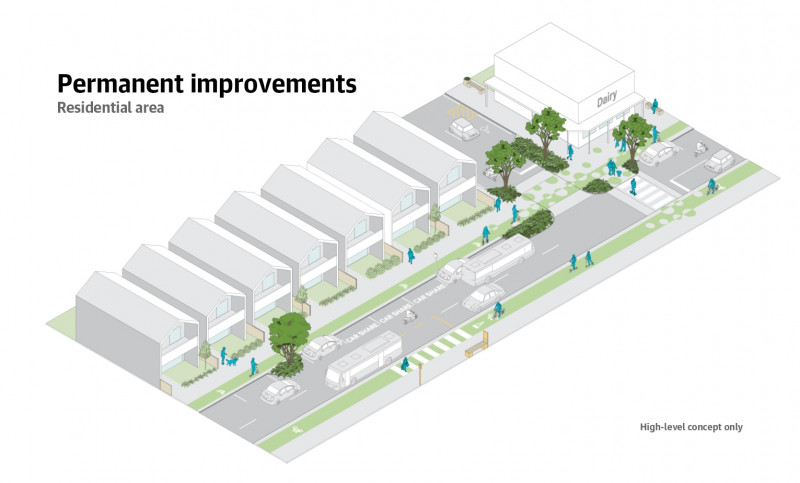 The bike network plan includes finishing what we have started in the east between Miramar and the central city around Evans Bay, and the upgrade to The Parade in Island Bay.

In the right spots, we’ll skip the interim step and make permanent improvements. There could also be a mix of interim and permanent changes as part of the same project. Changes at busy intersections with traffic lights, for example, would most likely have to be permanent and the more straightforward sections installed more quickly.

Interim installations could be in place for 1-8 years before permanent changes are made. Some of these will happen as part of larger transport changes such as mass rapid transit and bus priority or other Council projects and upgrades.

As the city grows, we want our streets to be more pleasant and inviting rather than for the storage of private vehicles. In narrow streets, and tight spots, there will be less space for on-street parking. People may have to park further away from their homes, but they will have easy access to safe bike and scooting routes and public transport.

We don't yet know how parking will be impacted. To help prioritise access to parking for residents, businesses and others, we will use the Council's Parking Policy 2020. This may involve creating new residents parking spaces close to the route to ensure residents can access on-street parking near their homes. Mobility parking would be the priority. A mix of loading zones and short-stay parking may also be needed so deliveries, visitors and tradespeople can still park in the areas.

We'll be working with communities when we do more detailed designs of the streets.

Although we will be moving fast to install the bike network, we'll be giving people as much notice as possible so they can plan for how things will change.