Preparing for the future – more choice for more people

The changes are preparing these streets for the future by making it safer and easier to walk, ride a bike/scooter and catch the bus.

Changes at a glance 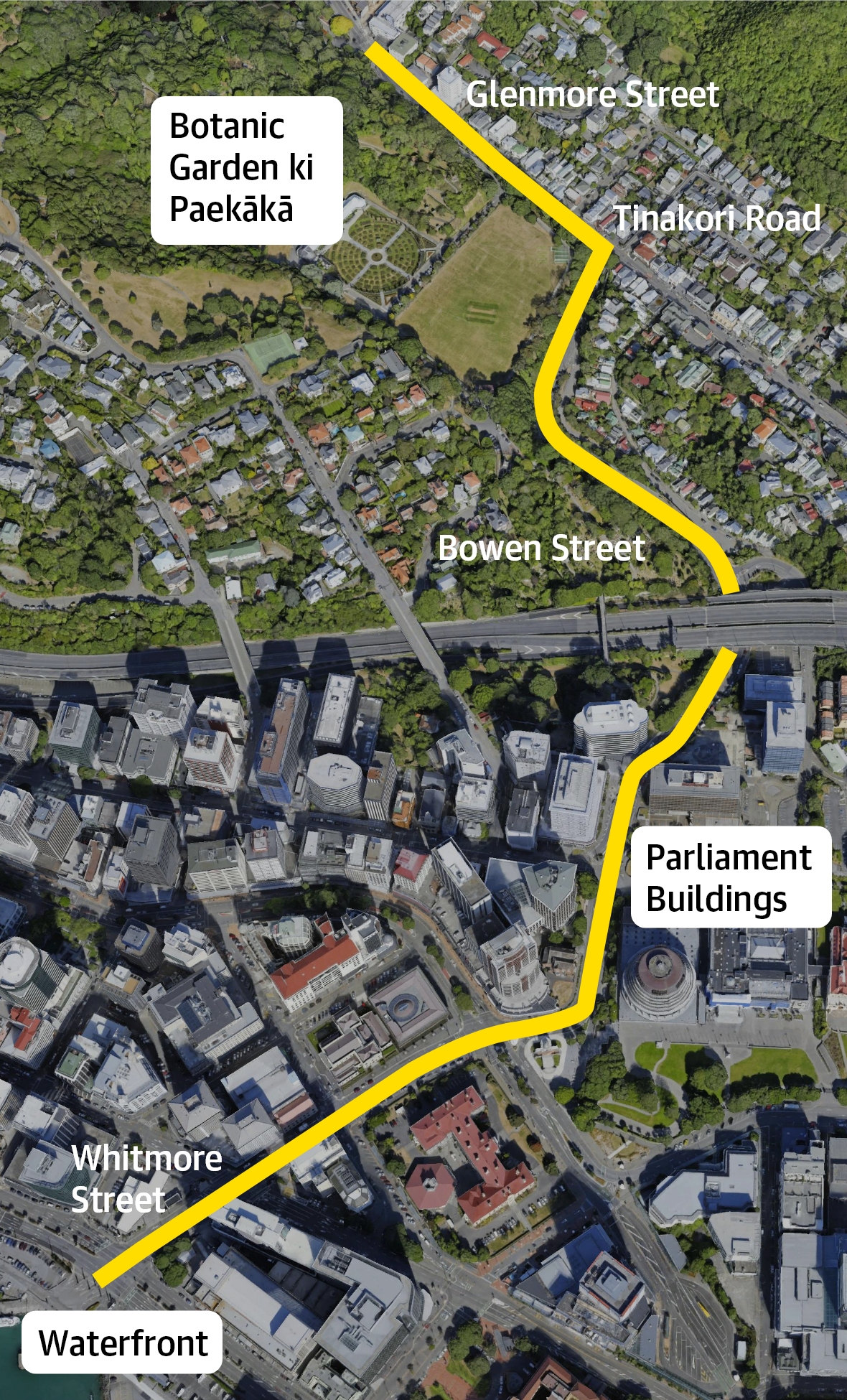 The changes along these streets will make things safer and easier for everyone – whether you’re walking, riding a bike/scooter, catching the bus or driving. 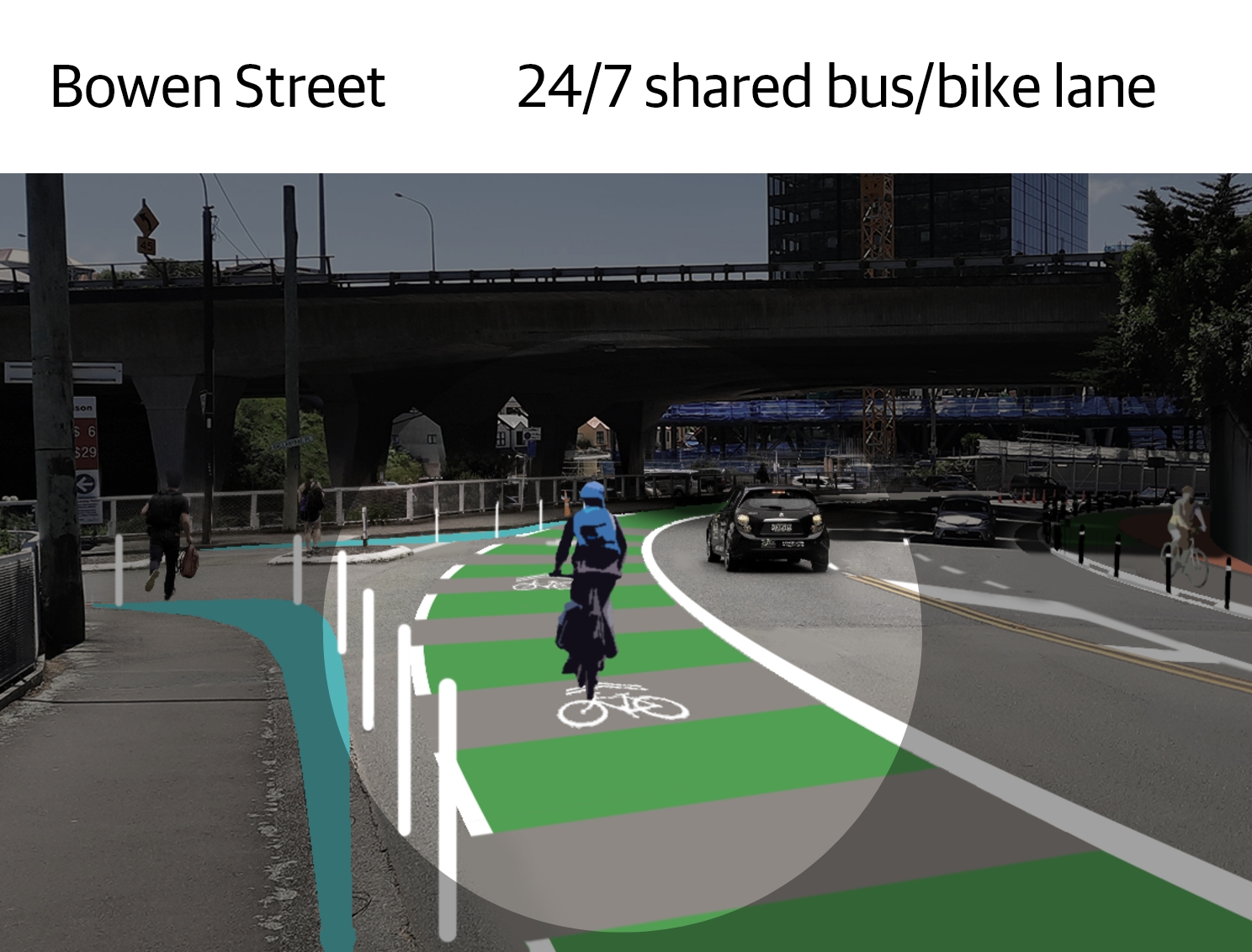 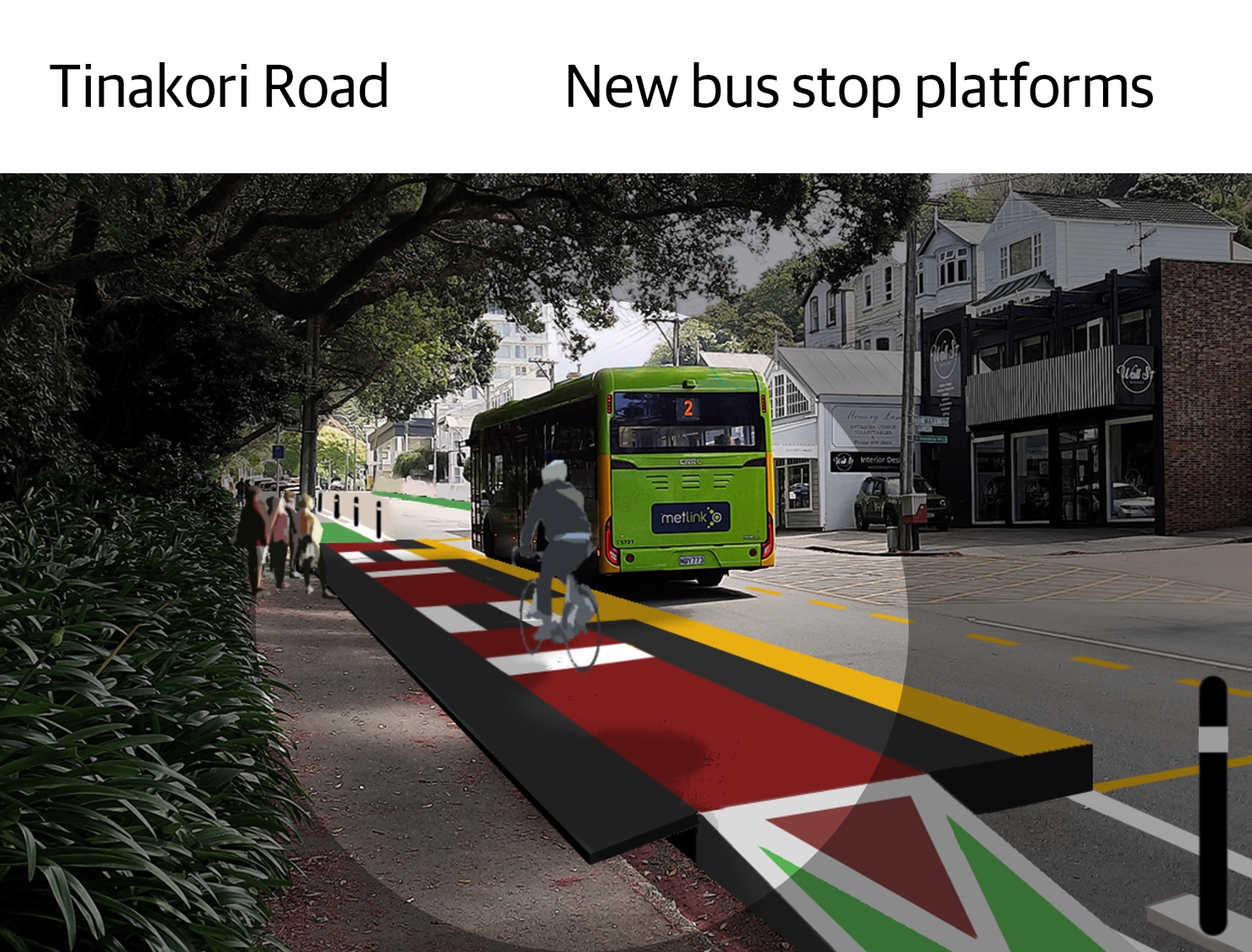 Changes for people using the bus

Bus journeys will be quicker and easier coming into the central city. 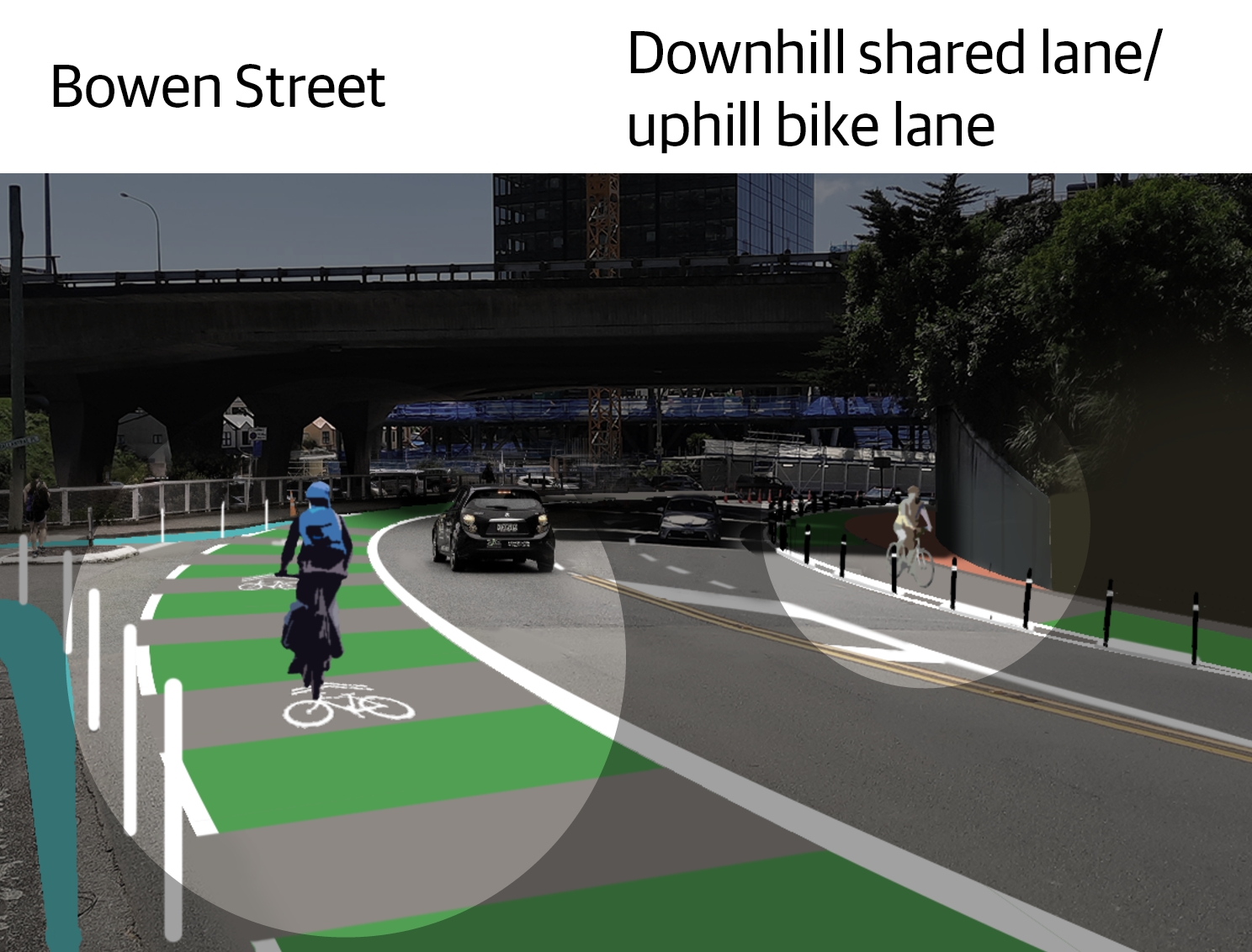 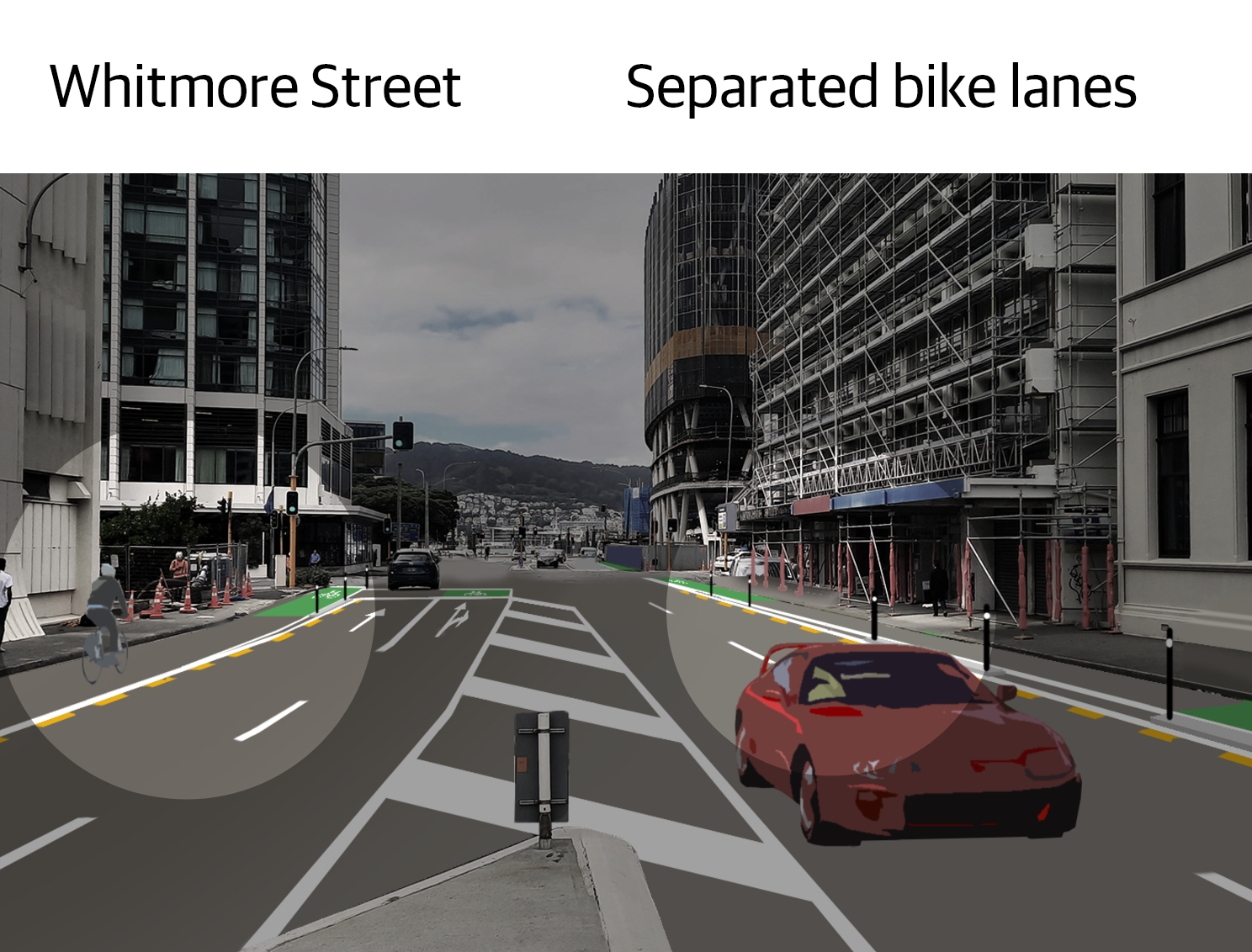 These changes will create a connected, protected route between the waterfront and the Botanic Garden ki Paekākā on Tinakori Road (the bottom of Glenmore Street). It will also provide a connection for people biking in from Hutt Road/Thorndon Quay on Featherston Street and up Whitmore to Bowen Street and The Terrace. 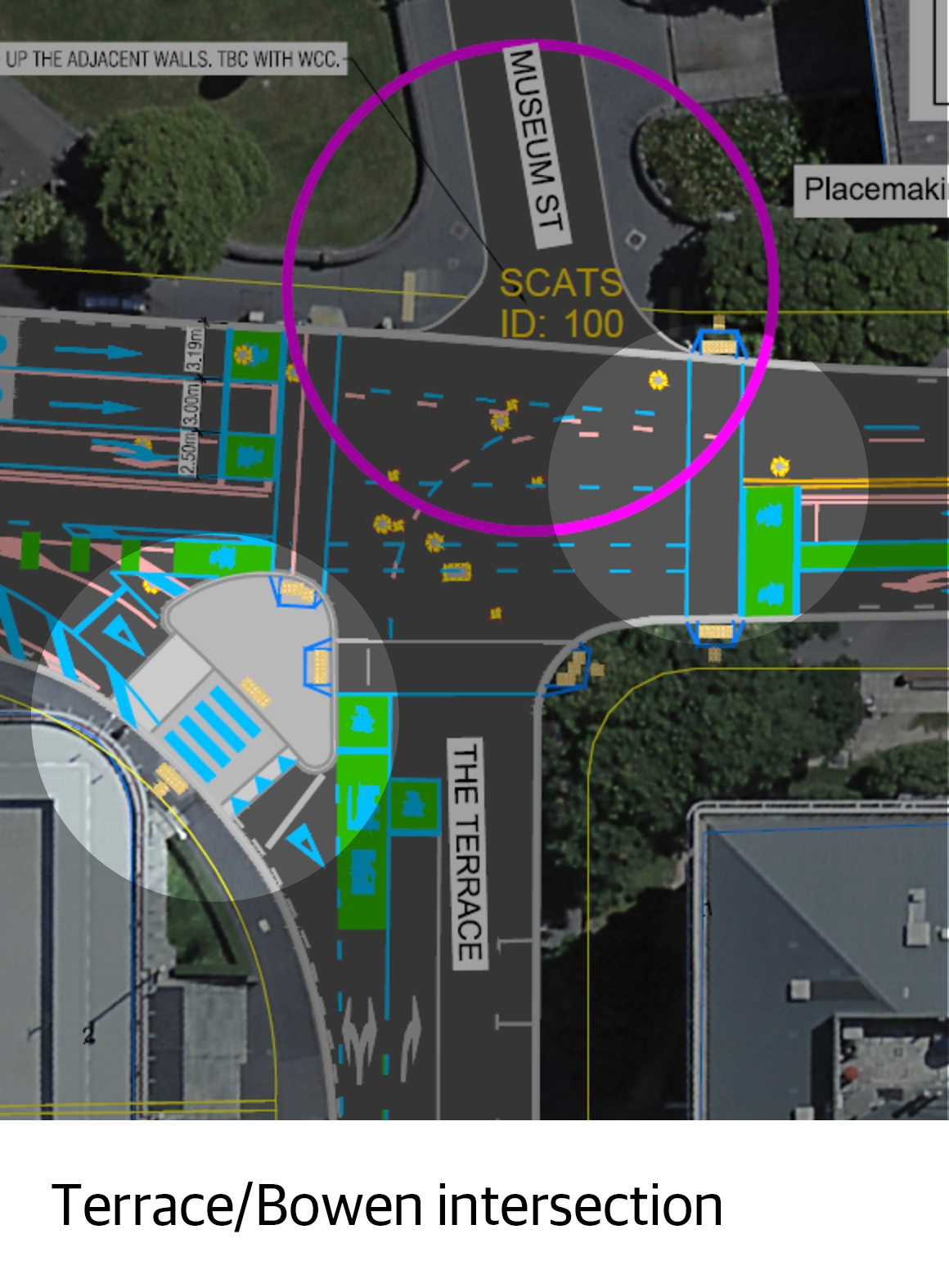 Pedestrian safety and accessibility will be improved. 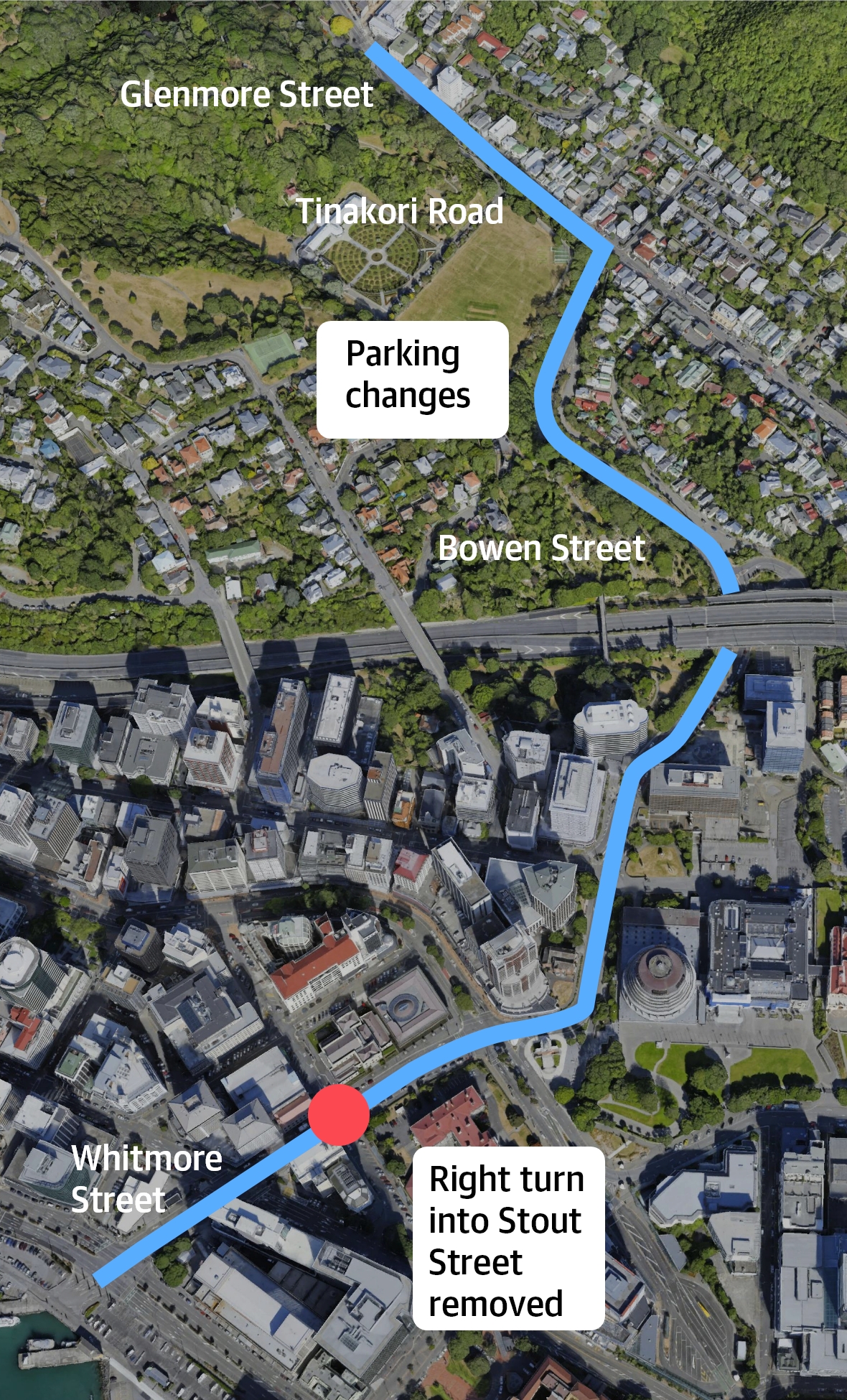 With more separation between bikes/scooters, buses and general traffic, this route will be safer and easier for drivers.

Read more about the parking changes and alternative parking options

From the end of 2021, we began engaging with residents and businesses about planned bus and bike improvements along this route.

Following discussions with groups in the community and stakeholders, we changed the initial designs as below:

To allow for business parking outside of commuter hours, we’ve made the following changes:

As part of our engagement, we've worked closely with groups in the community and stakeholders to make changes to the proposed design.

You can read the full set of plans and traffic resolution 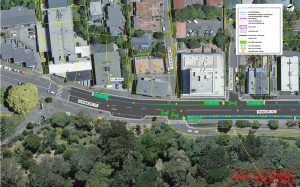 Find out more and read the full set of plans and traffic resolution for the Botanic Garden ki Paekākā to city project.

View the plans and read the traffic resolution - TR 134-22

Shared downhill bike and bus lane and a separated uphill bike lane on Bowen Street (at the corner of Ballantrae Street). View toward the city.

Separated uphill bike lane with a shared bike and bus lane downhill on Bowen Street (near The Terrace). View towards Tinakori Road and the Botanic Garden ki Paekākā.

Separated bike lanes on both sides of the road on Whitmore Street (near Stout Street). View towards the waterfront.