Wellington is growing, and more people will be living in apartments or townhouses – in suburban areas on main transport routes as well as the central city. We’re already starting to see these kinds of changes in the Kilbirnie area.

To support this growth, we’re changing to a more sustainable transport system that will reduce harmful emissions and give residents better options for how they can get around.

Our goal is to be a city where people of all ages and abilities can move easily and freely by bike or bus. These essential street changes will make it easier for more of us to be less reliant on our cars. 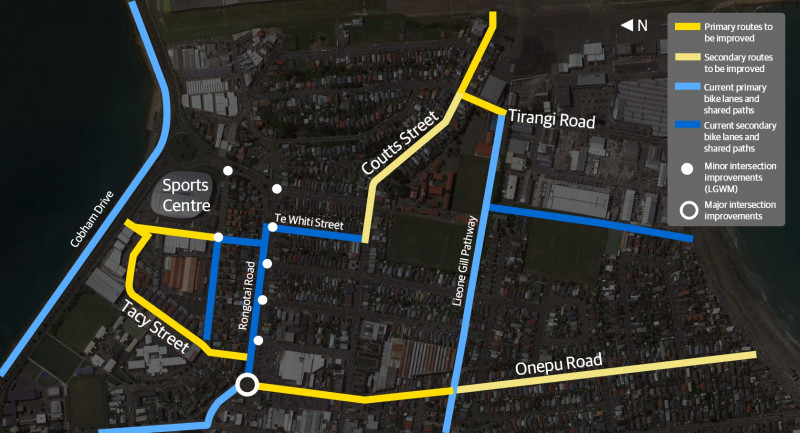 Paneke Pōneke is our plan for a citywide network of connected bike/scooter routes that will be combined with improvements for people walking and taking the bus.

The new bike routes planned in this area will fill gaps in the Kilbirnie network, complementing and better connecting the bike paths and lanes that are already in place. We are starting plans for several streets that have been confirmed as primary and secondary routes on the bike network in this area. These are important connections in our transport network, and were confirmed in Paneke Pōneke, Wellington’s bike network plan, in March 2022.

The new connections will make it easier and safer to get places in the neighbourhood, including Kilbirnie shops, Lyall Bay beach, cafes and businesses, the airport, Kilbirnie pool, daycare centres, schools and sportsfields, and the hub of recreational and sports facilities at Kilbirnie Park. They’ll also make it easier to get to Ākau Tangi (formerly called the ASB Sports Centre) and across Cobham Drive to Tahitai, the waterfront pathways connecting to the city, Miramar and Te Motu Kairangi (Miramar Peninsula).

People in this area of all ages and abilities are benefiting from the changes that have already been made.  Better connections and improvements to more streets will make Kilbirnie, Rongotai and Lyall Bay even better places to live now and in the future.

We're working on designs now that we'll be able to share with the community in early 2023.

Ahead of that, in mid-December 2022, there will be some preliminary work happening adjacent to the sports centre car park.

Contractors will be clearing a strip of vegetation and checking for underground services. The work, which is being done in partnership with Let's Get Wellington Moving, is the first step to develop a safer walking and biking connection through from Tacy Street and the new Cobham Drive crossing to Kemp Street and the existing pathway through to Rongotai Road. Installation of this new 160m connection is expected to start about March next year.

Information about related projects completed or previously planned in the Kilbirnie area.

How to be involved

We’re working with technical experts and meeting with key stakeholders, schools and businesses in this area to help inform the proposed changes.

As part of helping us understand the local context, we are keen to learn about how you and your whānau currently use and experience this area. Your feedback will help us to get the designs right and evaluate the changes. We’ll also be gathering data about numbers of people on bikes, scooters and buses, and monitoring the parking situation.

In addition to the new bike routes and connections being planned, we will be getting on with an upgrade of the intersection of Rongotai Road, Onepu Road and Evans Bay Parade this summer. 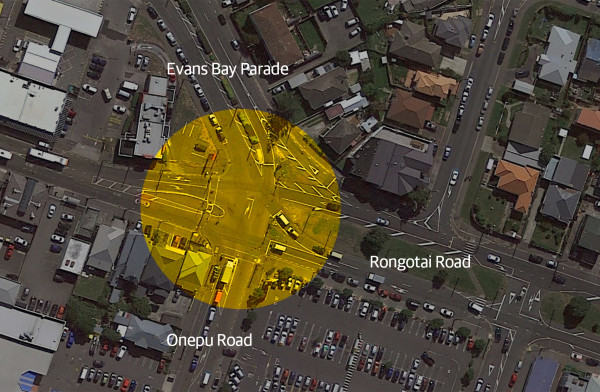 To stay in touch, get updates on the plans for the new bus and bike connections, and the work coming up at the intersection, sign up to the mailing list.

Got questions about this project? Email the team: kilbirnieconnections@wcc.govt.nz