Contra-flow bike lanes are not yet common in New Zealand, but are used in many countries including Australia. They allow people to cycle in both directions on one-way streets. Contra-flow lanes work best in streets with low traffic flows and low average speeds.

The two Wellington streets, or sections of street, where these have been proposed, would remain one-way for cars but become two-way for bikes. People on bikes would share the one-way traffic lane but could also ride contra-flow (in the opposite direction to the traffic) on a cycle-only lane. The street layout would vary depending on the location, but in most cases the contra-flow lanes would likely be on the road and within the existing road space.

Wellington's first contra-flow bike lane was installed in 2017 on a quiet service lane in Pukeahu National War Memorial Park. There is also a very short section of contra-flow lane installed on the one-way part of Grey Street in 2020.

This type of cycle lane:

The contra-flow lanes that were proposed for two central Wellington streets would mostly not affect on-street parking. In Cuba Street, for instance, we proposed putting a contra-flow lane between the parallel parking spaces and the one-way traffic lane. A buffer space between the parked cars and bike lane would reduce the risk from people opening car doors and provide space for people getting out of cars.

In Willeston Street, where there is no parking, we proposed a design similar to this one in Melbourne. 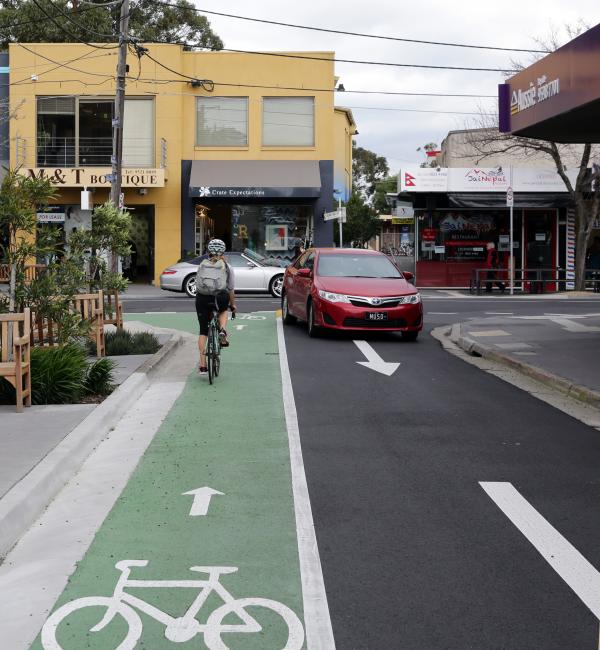