Walking and biking connections near the southern end of Kent Terrace and Cambridge Terrace have been made safer and easier.

Kent Terrace and Cambridge Terrace are the main north-south routes in Wellington’s transport network, used by an average of about 31,000 vehicles per day. Around 300 people on bikes also use these routes in the morning and evening peaks. 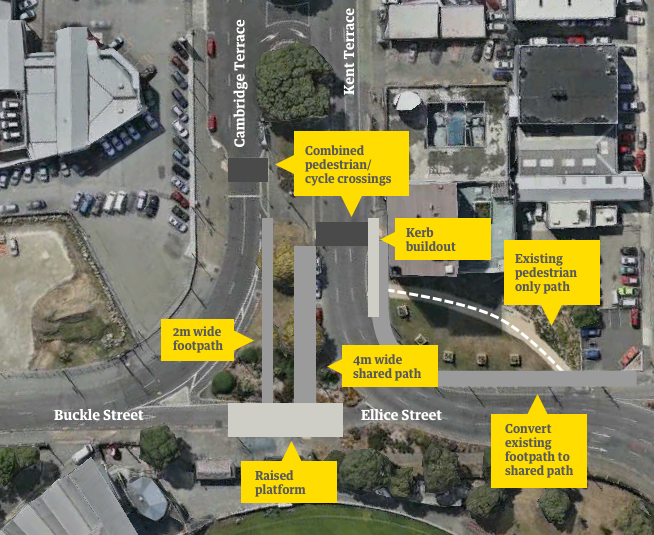 How this will help

These are part of a series of changes to improve connections and make it safer and easier for people to get places in the central city by bike.

Incremental changes like these – combined with the more substantial changes planned as part of the Let’s Get Wellington Moving project – will together help create a better cycling network.

Read the traffic resolution report that went out for consultation.