We considered making it possible for people to cycle both ways in this one-way section of Cuba Street, between Ghuznee Street and Vivian Street, by installing a contra-flow bike lane.

Feedback from the public in mid-2017 showed 68 percent of submissions (52) in support of the proposal and 24 submissions against.

At this stage the proposal is not being progressed. Further discussion with the community on the merits of using this type of bike lane in certain locations is possible in the future. 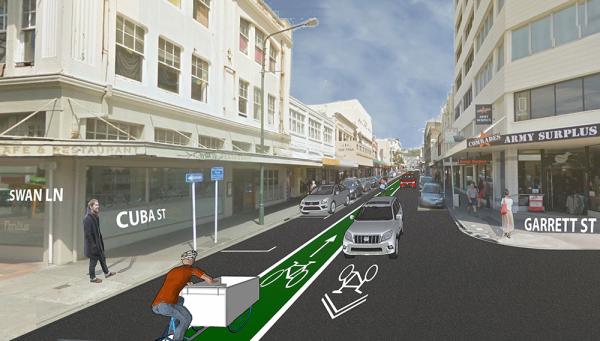 We want to make things safer and more convenient for people on bikes, and improving connections between streets is one of the ways we can do this.

Installing a contra-flow bike lane would complement the shared zone in lower Cuba Street, where people can now legally cycle from Wakefield Street to Manners Street. This type of bike lane would make it easier for people to cycle most of the way up Cuba Street, except in Cuba Mall.

There are also lots of shops, cafes, businesses, entertainment and educational facilities in this general area that people want to get to. We want them to be able to do this by bike more easily.

The one-way system was designed for cars but doesn’t work so well for people on bikes. This change would provide more direct options for getting places by bike in this area.

This is one of a series of planned changes to improve connections and make it safer and easier for people to get places in the central city by bike.

Incremental changes like these – combined with the more substantial changes planned through the Let’s Get Wellington Moving project – will together help to create a better cycling network.

This type of bike lane was proposed because the traffic volumes and speeds on Cuba Street are relatively low. About 2400 vehicles a day travel this way and the average speed is 28 km/h.

People driving down towards Ghuznee Street or parking in this section would have a clear view of anyone cycling up towards them.

There would be enough room for a bike lane within the existing road space. Like the section of upper Cuba Street between Vivian Street and Webb Street, this part of Cuba Street once had two-way traffic with parking on both sides. 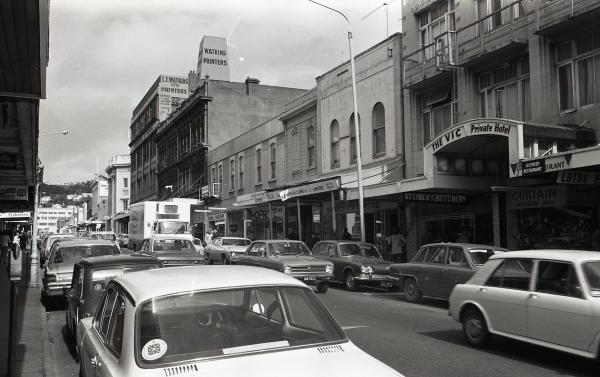 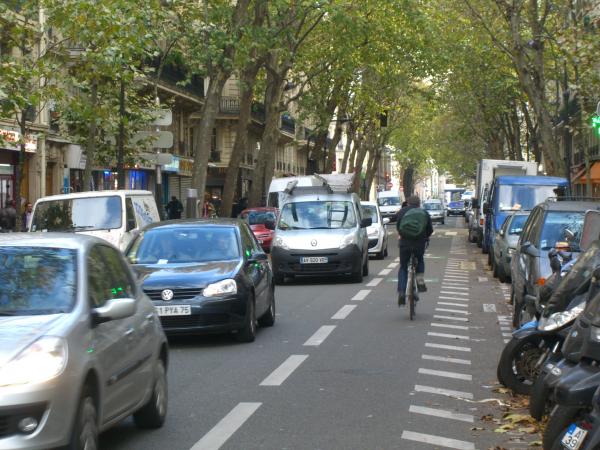 Contra-flow lanes are used in the United States, Europe, the United Kingdom and Australia. Cycling both ways on one-way streets has been standard practice in Belgium since about 2005 and in France since 2010. This image of a busy Paris street shows one of the ways bike lanes are marked in France.

Read the proposed traffic resolution report that went out for consultation.