Featherston Street is a key route through the central city. It connects to Thorndon Quay and carries much of the traffic to and from the northern suburbs of Wellington and beyond. About 14,000 vehicles use this route every day with hundreds of people on bikes in the morning peak.

The existing city-bound bike lane on Featherston Street has been extended to create a continuous lane from Bunny Street to Ballance Street. 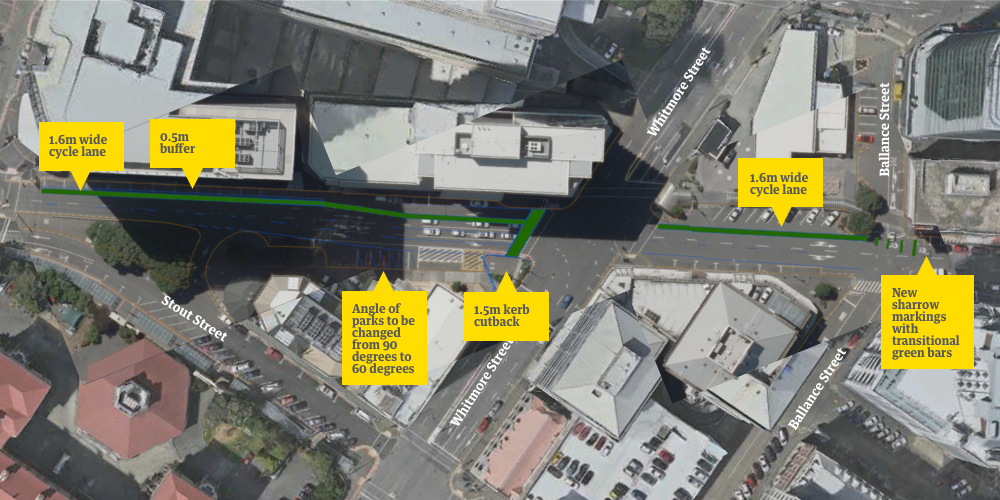